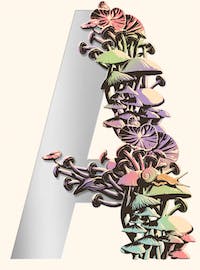 More than twenty years ago, Jeff VanderMeer first introduced the world to the fictional city of Ambergris, a beautiful and sinister sprawling metropolis populated by artists and thieves, composers and murderers, geniuses and madmen. Ambergris bristles with intellectual fervor and religious rivalries; it thrives on cultural upheaval, and its politics are never short on intrigue, conspiracy, and even terror. There are stories within stories, mystery, mayhem, and a dark history that threatens to consume the city itself as the gray caps, the mysterious and deadly mushroom people who once ruled Ambergris and have since been driven underground, now threaten to rise again.

Ultimately, the fate of Ambergris comes to lie in the hands of John Finch, a beleaguered detective with a murder on to solve and too many loyalties for one man to bear. The city is bursting at its seams, seemingly held together only by the tense, fraying tendrils of his investigation.

The Ambergris trilogy is made up of three novels, each of which has become a cult classic in its own right: City of Saints and Madmen, Shriek: An Afterword, and Finch. It is a marvelous, unparalleled feat of imagination. And yet the books themselves, as celebrated and influential as they have become, have a publishing history as arcane and elaborate as Ambergris itself. Over the years they have slipped in and out of print and have never before been available as a complete trilogy. Until now.

For fans both new and old of the work of Jeff VanderMeer, Ambergris is essential reading. Welcome to Ambergris. We can’t promise you’ll leave untransformed.

“Like some delicious mash-up of H.P. Lovecraft, Mervyn Peake, and L. Frank Baum, but with his own verbal dexterity and perverse ingenuity . . . [An] affecting narrative about love, art, sibling rivalry, commerce, history, and some really nasty 'shrooms.'”—Paul Di Filippo, The Washington Post on Shriek: An Afterword

“Intriguing and highly original . . . wriggles from the grip of easy categorization. It's full of fantastical elements and genuinely humane ones, too. VanderMeer can write beautifully [and] . . . insightfully.”—Victor Lavalle, The Washington Post on Finch

“Wildly inventive . . . With literary stylings, a complex plot, and ideas that lesser writers could not imagine, it further establishes him as the finest fantasist of his generation.”—Rick Klaw, Austin Chronicle on Shriek: An Afterword

“This is fiction to stand alongside that of Calvino and Borges.”—The Guardian on City of Saints and Madmen

“As complicated, impressive, and compelling as anything he has written . . . Twisted, darkly funny, and ultimately rewarding.”—Jon Courtenay Grimwood, The Guardian on Shriek: An Afterword

"A fungalpunk nightmare pullulating with dark, phantasmagorical transformations . . . A stylish detective story, a perverse example of the New Weird fantasy subgenre, and an effective metaphor for the dehumanising effects of . . . totalitarian regimes."—Eric Brown, The Guardian on Finch

"Here is a desert island book, a tale you can lose yourself in for days, a novel of character in which the setting—the magnificently gritty city-state named Ambergris—proves as the light fails to be the finest character of all."—Gene Wolfe on Shriek: An Afterword

“Somewhere at the intersection of pulp and surrealism, drawing on the very best of both traditions, is Jeff VanderMeer’s Ambergris. Unsettling, erudite, and shot through with unexpected humor . . . Ambergris is one of my favourite haunts in fiction.”—China Mieville on City of Saints and Madmen

“Make the most of the tapestry of tales and visions before you. It is a rare treasure, to be tasted with both relish and respect. It’s what you’ve been looking for.”—Michael Moorcock on City of Saints and Madmen

“In the hands of a brilliant writer like Jeff VanderMeer, writing fantasy can be a means of serious artistic expression. In VanderMeer’s hands, it is also playful, poignant, and utterly, wildly, imaginative.”—Peter Straub on Shriek: An Afterword

“I would have sworn you can’t unite noir and fantasy, and oh how gloriously wrong Jeff VanderMeer proved me to be . . . I loved the meeting of the grime and the sublime and oh so beautifully crafted. Rarely has a novel got it all. Think Cormac McCarthy, via David Goodis, with an amazing nod to Lovecraft and still that doesn’t quite capture the spell this novel casts from the off.”—Ken Bruen on Finch

“Chinatown meets Naked Lunch with a sprinkling of Tetsuo II: The Bodyhammer. A must for fans of fantasy, noir, great writing, or, of course, fungus.”—Joe Abercrombie on Finch

Dradin, in love, beneath the window of his love, staring up at her while crowds surge and seethe around him, bumping and bruising him all unawares in their rough-clothed, bright-rouged thousands. For Dradin watches her, she...

Jeff VanderMeer’s New York Times-bestselling Southern Reach trilogy has been translated into over 35 languages. The first novel, Annihilation, won the Nebula Award and Shirley Jackson Award, and was made into a movie by Paramount in 2018. Other works include Dead Astronauts, Borne (a finalist for the Arthur C. Clarke Award), and The Strange Bird. Called “the weird Thoreau” by The New Yorker, VanderMeer frequently speaks about issues related to climate change and storytelling. He lives in Tallahassee, Florida, with his wife Ann, cat Neo, and a yard full of native plants.