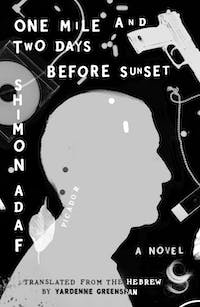 At age thirty, Elish Ben Zaken has found himself in a life he never imagined. As a university student, Elish was an esteemed rock-music critic for local newspapers; now, disenchanted with an increasingly commercialized music scene, he has joined a private investigation agency where he is content to be a “clerk of small human sins”—a finder of stolen cars and wayward husbands. But when a disconcertingly amiable detective asks him to look into the suicide of an infamous philosophy professor—and the police file contains an unexpected allusion to Dalia Shushan, a celebrated young rock singer whose recent murder remains unsolved—Elish’s natural curiosity is piqued. And when violence begins to dog the steps of his investigation, he knows that dangerous secrets are at hand. Haunted by the ghost of Dalia, a true artist with a transformative voice whose dark brilliance Elish was one of the first to recognize, he must face the long-buried trauma of his own past in order to unravel the intertwining threads of two lives, and their ends.

In Elish, Shimon Adaf has created an unforgettable protagonist. A former philosophy student with a questing mind, born to Moroccan parents and raised in an outlying town, he is an eternal outsider in cosmopolitan Tel Aviv. Equally, One Mile and Two Days Before Sunset is a detective novel unlike any other: an incisive portrait of a man and a city, and a meditation on disappointment, on striving for beauty and for intensity of experience, and on the futile desire to truly know another person.

"Engaging . . . Emotional insights and flashbacks to Elish’s youth are sinuously written and movingly translated in lyrical prose, and Adaf ably ties up the plot’s tangled complications. More than a mystery, this is a dark and yearning portrayal of Tel Aviv and the southern cities. Readers will eagerly turn to the next two installments."—Publishers Weekly


There was a moment when it seemed to Dalia that summer might just be bearable, though she knew it would linger for a long time yet over the Tel Aviv buildings. The unappeasable light would scowl; many pounds of indignation...

Shimon Adaf was born in Sderot, Israel, and now lives in Jaffa. A poet, novelist, and musician, Adaf worked for several years as a literary editor at Keter Publishing House and has also been a writer-in-residence at the University of Iowa. He leads the creative writing program and lectures on Hebrew literature at Ben-Gurion University of the Negev. Adaf received the Yehuda Amichai prize for Hebrew poetry (2010) for the collection Aviva-No; the Sapir Prize (2012) for the novel Mox Nox, the English translation of which, by Philip Simpson, won the Jewish Book Council's 2020 Paper Brigade Award for New Israeli Fiction in Honor of Jane Weitzman; and the I. and B. Newman Prize for Hebrew Literature (2017).

Yardenne Greenspan is a writer and Hebrew translator born in Tel Aviv and based in New York. Her translations have been published by Restless Books, St. Martin’s Press, Akashic, Syracuse University, New Vessel Press, Amazon Crossing, and are forthcoming from Farrar, Straus & Giroux. Yardenne’s writing and translations have appeared in The New Yorker, Haaretz, Guernica, Literary Hub, Blunderbuss, Apogee, The Massachusetts Review, Asymptote, and Words Without Borders, among other publications. She has an MFA from Columbia University and is a regular contributor to Ploughshares.