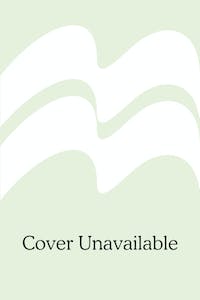 What is a political playwright? Does theatre have any direct effect on society? Why choose to work in a medium that speaks to so few? Is theatre itself facing oblivion?—all frequent questions addressed to David Hare over the last thirty-five years, as his work has taken him from the traveling fringe to the National Theatre, from seasons on Broadway to performances in prisons, church halls and on bare floors.

Since 1978, Hare has sought to address these and other questions in occasional lectures given both in Britain and abroad. Now, for the first time, these lectures are collected together with some of his more recent prose pieces about God, Iraq, Israel/Palestine and the privatisation of the railways.

Bringing to the lectern the same gift for the essential for which his plays are known, Hare presents the distilled result of a lifetime's sustained thinking about art and politics.

"That David Hare writes with intelligence, insight and passion is no surprise. What blows you away in this extraordinary, compelling collection is his deep and heartbreaking humanity."—Stephen Daldry

"British political playwright Hare gathers eight lectures and a handful of occasional pieces of writing in this anthology. Mainly written and delivered in the last decade at conferences and special presentations worldwide, Hare's lectures address expected topics, like his ruminations on the state of contemporary playwrighting and theatre, and some surprising entreaties, like his analysis of the Iraq war and his shame-on-you lecture to a roomful of British media executives whom Hare accuses of 'not even trying.' Noting that 'a good lecture, were I ever to achieve such a thing, would be like a well-strung washing line-taut from beginning to end,' Hare's are tight, amusing, punctuated with a wealth anecdotes and glimpses into his autobiography and home to scores of scathing gems. ('There is, I suppose, a grisly fascination in seeing elected politicians blunder into situations from which any normal person would walk instantly away.') Discussions of his friends and colleagues the playwrights John Osborne and Harold Pinter and critic Raymond Williams are insightful. This thought-provoking read penned by one of the foremost political contemporary playwrights will appeal to anyone interested in the arts and world politics."—Publishers Weekly

Excerpted from Obedience, Struggle & Revolt by David Hare. Copyright © 2005 by David Hare. Published December 2005 by Faber and Faber Inc., an affiliate of Farrar, Straus and Giroux, LLC. All rights reserved.

David Hare is the author of over seventeen plays. He lives in London.