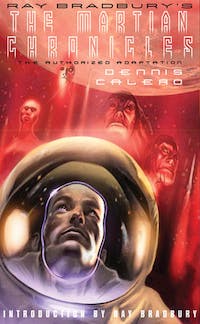 The Earthmen came by the handful, then the hundreds, then the millions. They swept aside the majestic, dying Martian civilization to build their homes, shopping malls, and cities. Mars began as a place of boundless hopes and dreams, a planet to replace an Earth sinking into waste and war. It became a canvas for mankind's follies and darkest desires. Ultimately, the Earthmen who came to conquer the red-gold planet awoke to discover themselves conquered by Mars. Lulled by its ancient enchantments, the Earthmen learned, at terrible cost, to overcome their own humanity.