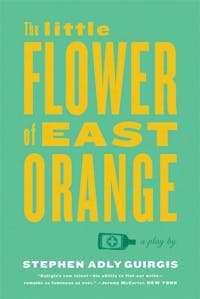 When Therese Marie arrives in the emergency room of a small hospital in the Bronx, suffering from hypothermia and in shock, no one there knows her story. To the doctors and nurses, she is just another abandoned elderly woman who can't even tell them her name. But Therese Marie's dementia is not all that it seems. And when her prodigal son, Danny, returns to New York, Therese Marie must fight to maintain her dignity in light of her son's insistence on confronting the ugly secrets of their past.

In this unconventional family drama, Stephen Adly Guirgis gives us a mother and son who must face a long family legacy of abuse in order to find the true meaning of grace.

"Gets under your skin in a way that tidier dramas don't often manage."—Frank Schenk, New York Post

"Deeply felt and at times startling in its bruising intimacy."—David Rooney, Variety


A couple of years ago I was kind of fucked up in the head and the heart, and so I attended a sort of spiritual/wellness retreat down South. There was a woman at the retreat who had recently lost her mother...

Stephen Adly Guirgis is the author of Our Lady of 121st Street, Jesus Hopped the A Train, In Arabia, We'd All Be Kings, and The Last Days of Judas Iscariot, all published by Faber. He lives in New York City.