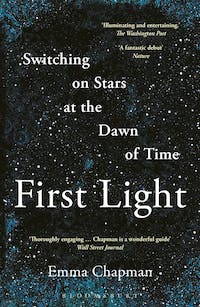 Astronomers have successfully observed a great deal of the Universe's history, from recording the afterglow of the Big Bang to imaging thousands of galaxies, and even to visualising an actual black hole. There's a lot for astronomers to be smug about. But when it comes to understanding how the Universe began and grew up we are literally in the dark ages. In effect, we are missing the first one billion years from the timeline of the Universe.

This brief but far-reaching period in the Universe's history, known to astrophysicists as the 'Epoch of Reionisation,' represents the start of the cosmos as we experience it today. The time when the very first stars burst into life, when darkness gave way to light. After hundreds of millions of years of dark, uneventful expansion, one by the one these stars suddenly came into being. This was the point at which the chaos of the Big Bang first began to yield to the order of galaxies, black holes and stars, kick-starting the pathway to planets, to comets, to moons, and to life itself.

Incorporating the very latest research into this branch of astrophysics, this book sheds light on this time of darkness, telling the story of these first stars, hundreds of times the size of the Sun and a million times brighter, lonely giants that lived fast and died young in powerful explosions that seeded the Universe with the heavy elements that we are made of. Emma Chapman tells us how these stars formed, why they were so unusual, and what they can teach us about the Universe today. She also offers a first-hand look at the immense telescopes about to come on line to peer into the past, searching for the echoes and footprints of these stars, to take this period in the Universe's history from the realm of theoretical physics towards the wonder of observational astronomy.

“A thoroughly engaging tale that allows us to see science in the making, chronicling current attempts to reveal this hidden era.”—The Wall Street Journal

“An illuminating—and entertaining—look at the earliest stars of our cosmos. Chapman is a witty and straightforward guide . . . and her enthusiasm for the chase is infectious. First Light conveys the wonder and mystery of darkness suddenly illuminated by magnificent starlight.”—The Washington Post

“Her everyday examples of complex concepts are conversational, witty and elucidating . . . Chapman manages to effectively convey the gist of most of this most complicated of space sciences . . . Chapman's most valuable asset here, aside from her obvious expertise, is her enthusiasm . . . All of this is astounding, so much so that it almost defies explication, which is why it is such a treat to have someone of Chapman's stature willing to carry us along as she reaches for these ancient stars.”—The Minneapolis Star Tribune

“Throughout First Light, Chapman's authenticity and humour shine through [ . . . ] this is a charming book that was as fun to read as it was informative, making it as ideal for the casual reader as for those with an existing understanding of the field."—Ian Randall, Physics World

“First Light is a fantastic debut on the popular science scene for Emma Chapman that fleshes out the context around these two key functions. My opinion: come for the state-of-the-art on the first stars, stay for the comprehensive primer on modern cosmology, and revel in the footnotes.”—Nature Astronomy

“First Light is a dispatch from the frontiers of science, from a brain fizzing with ideas and energy.”—Chris Lintott, BBC Sky at Night

“Clearly fascinated by her subject, Chapman works diligently to describe the early universe . . . her careful step-by-step explanations delve far deeper than a NOVA documentary . . . but most will find it worth the effort.”—Kirkus Reviews

“Readers will happily follow along as Chapman covers centuries of speculation, unexplained anomalies, informed conjectures, and current reasoned suppositions. Her enthusiasm is contagious, and should strike just the right notes with audiences who enjoy pondering the mysteries of the universe.”—Booklist

“[A] spirited history of the early universe when stars roared to life . . . those looking for an introduction to stellar evolution will find much here to dig into.”—Publishers Weekly

Emma Chapman is a Royal Society research fellow and fellow of the Royal Astronomical Society, based at Imperial College London. She is among the world's leading researchers in search of the first stars to exist in our Universe, and she is involved in both the Low Frequency Array (LOFAR) in the Netherlands and the forthcoming Square Kilometre Array (SKA) in Australia.